Butcher and Bull in Winston-Salem

This reconceptualized restaurant in the W-S Marriott, downtown, is now a steakhouse. At first glance, it's just another hotel restaurant- austere and sleek, with hard surfaces reflecting sound. When food arrives, however, impressions elevate.

I first became acquainted with Chef Richard Miller when I was judging Competition Dining. I did not know who prepared the dishes, but when identities were revealed, I found that I was consistently rating his creations quite high. His imagination is fertile, his executions formiddable.

Since this is a steakhouse, my wife and I stuck to traditional dishes for this first visit. A Wedge Salad is appropriately trimmed and chilled, with a mellow gorgonzola dressing, lardons added for extra bite. Pictured below is a half portion- we shared. 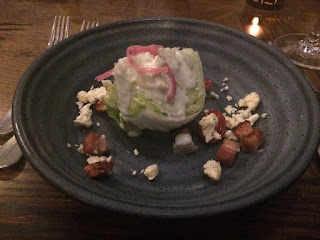 The Wagyu Shoulder Steak is served sliced, joined on the plate by roasted tomatoes. We added horseradish sauce on the side. It arrived cooked just as ordered. 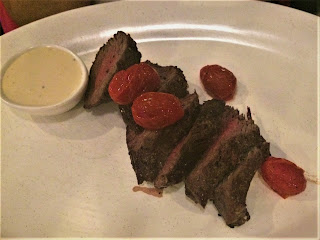 The Boston Cut Prime Strip (Certified Angus Beef) bears a richly flavored crust. The texture is akin to a NY Strip, with concomitant depth of beef flavor. Gorgonzola cheese on the side. This is flat out the best tasting steak I've ever had! 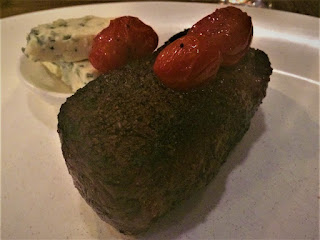 Grilled asparagus. As these photos show, the kitchen doesn't do much with presentations. 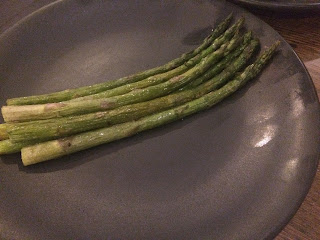 Foccacia and cornbread with herbed butter. 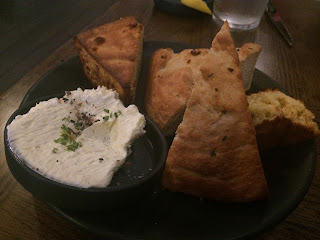 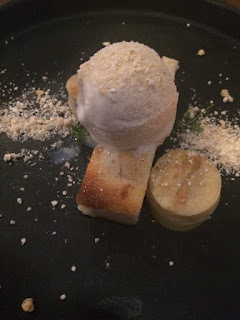 Butcher and Bull goes well beyond the usual hotel restaurant. In Europe, the best restaurants are often located in hotels. That has not been the case in the US, but a few Triad properties are making a name for food as well as accommodations.

Posted by John Batchelor at 4:37 PM